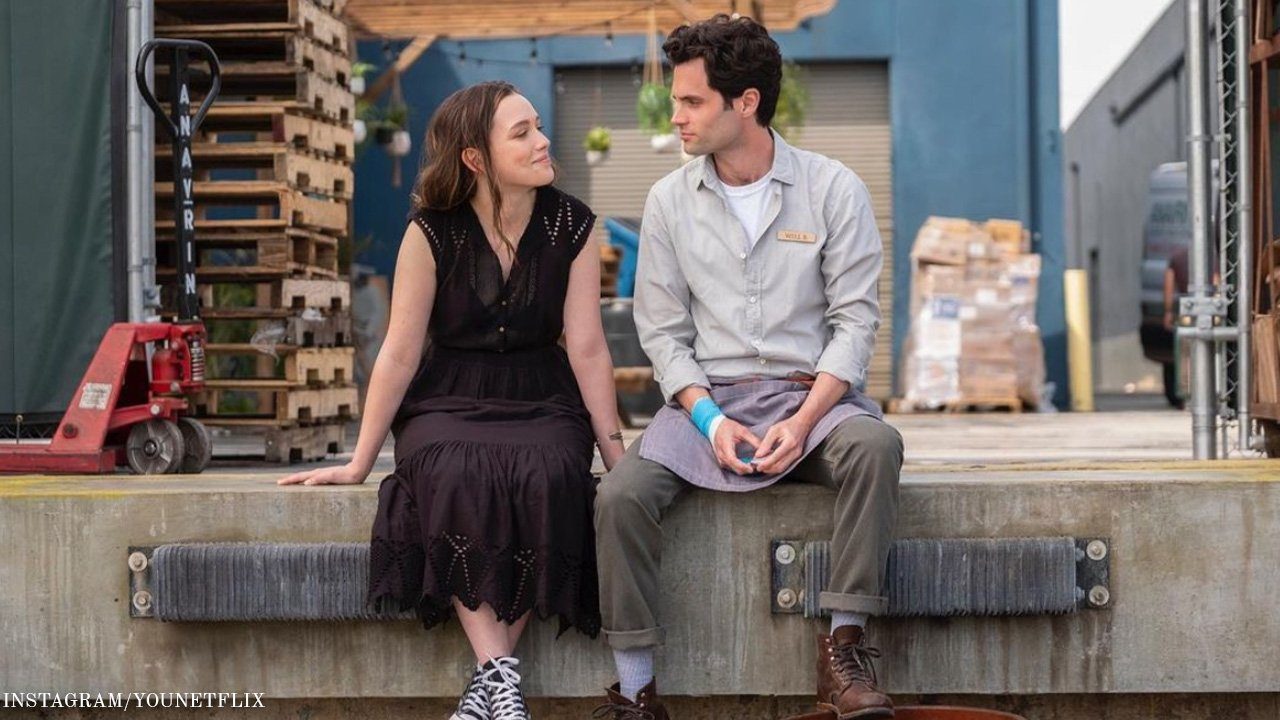 “You” Season 3 Finally Gets A Premiere Date!

It’s the long-awaited news that fans of the hit Netflix series “You” have been waiting for. “You” Season 3 finally has a premiere date!

Penn Badgley will reprise his role as Joe Goldberg for season 3, which is set to premiere on Netflix on Friday, October 15th.

The news of the “You” Season 3 premiere date was announced through the show’s social media accounts. With a tweet reading, “Whoever said raising a child would be a piece of cake? YOU S3 is coming October 15.”

The announcement of a season 3 was made back in January of 2020, but due to the pandemic and everything that has happened over the past year and a half (yikes), production was moved back and finally wrapped earlier in 2021.

Whoever said raising a child would be a piece of cake? YOU S3 is coming October 15. pic.twitter.com/sFzdSjxEGS

Though we’re not given much detail about the upcoming season, the trailer does give away Joe and Love’s baby’s name, and by the sound of the voiceover, it sounds like maybe, just maybe, Joe is going to work on changing his ways for the sake of his newborn son.

The show, which is based on Caroline Kepnes’ best-selling novels, became a hit during it’s first two seasons on Netflix, leaving us all feeling a bit uneasy as we found an attraction to the murderous Joe Goldberg.

The second season of the show introduced character Love Quinn, played by Victoria Pedretti, and things really started to get interesting.

*SPOILER ALERT, IF YOU HAVEN’T SEEN SEASON 2, TURN BACK NOW*

We left off at the end of Season 2 with the revelation that there was more to Love than meets the eye. (We’re talking about the character Love, not that act of love, though I guess we could say that applies there, too.) Turns out, Love is just as much as a murderous psycho as Joe!

The last scene of season 2 sets us up for the upcoming season, revealing Love is far along in a pregnancy, and has the couple moving into a home together. As Joe realizes he is stuck in Love’s games, his eyes and heart wander to the neighboring yard, where we assume he will find his next victim.

As mentioned earlier, we’re not given many hints as to what “You” Season 3 holds from the trailer, but it’s sure to be nothing less than thrilling.

We have high hopes for the upcoming season!