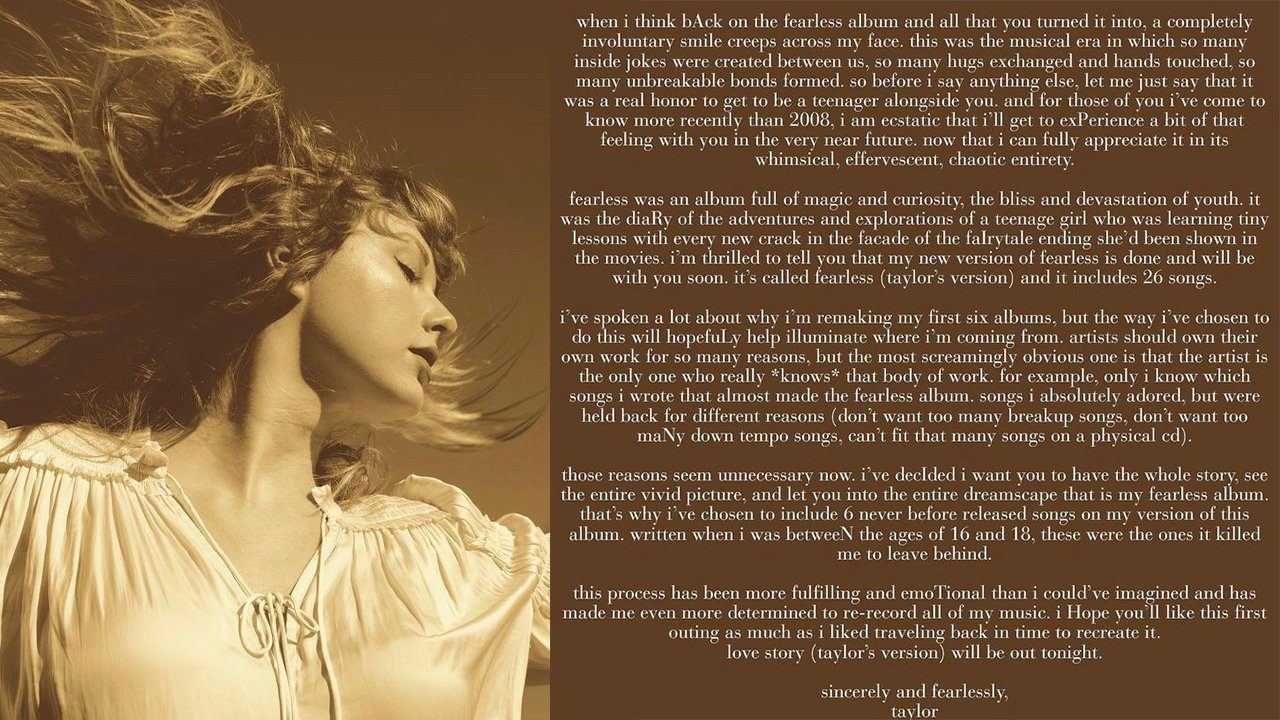 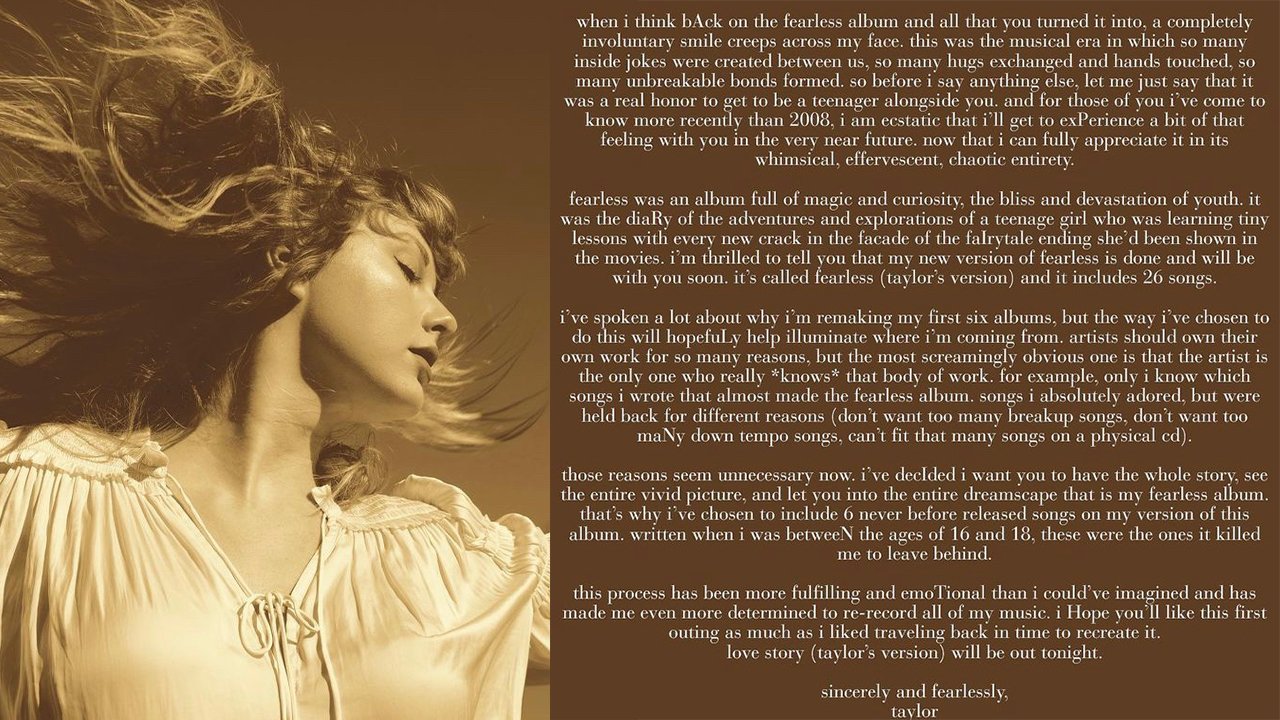 Taylor Swift is proving yet again that she has been BUSY during quarantine.

The pop singer announced on Good Morning America Thursday morning that she has completed recording the new version of “Fearless”, which she describes as “Taylor’s version”.

The release will feature 26 songs, including 6 never before released songs.

To hold fans over until the full release, she also announced that she will be releasing “Taylor’s version” of the song “Love Story” tonight at midnight.

Following the announcement, Taylor took to Instagram to explain why she is re-releasing her first six albums and how excited she is to do so.

She also included a secret message in the statement, hinting at what we’re assuming is the album release date. (Hint: notice the capital letters)

Unsurprisingly, Swifties broke out in excitement over the announcement.

And this release can even give the OG Taylor fans who preferred her older music something to look forward to as well.

Taylor first announced she would be re-recording her older albums back in 2019, and this will be the first release of those re-records.

She then announced that she had begun the process of re-recording back in November 2020.

This will be Taylor’s third album that she will have released since quarantine began, with the previous two albums, “Folklore” and “Evermore”, having been surprises.