It’s been 15 years since we’ve gotten the “Best of Both Worlds”! Wednesday marked the 15th anniversary of the Disney sitcom Hanna Montana.

We were first introduced to the double-life, blonde popstar as the first episode of the show aired on March 24, 2006.

In celebration of the anniversary, Miley Cyrus took to Twitter to post a heartfelt and emotional letter that she penned to her alter ego, Hannah.

The letter talks about how Hannah will forever be a part of Miley, and Miley recognizes that she is where she is today because of Hannah and the show.

“Although you are considered to be an ‘alter ego’ in reality there was a time in my life when you held more of my identity in your glovette, than I did in my bare hands,” Miley writes.

Miley also acknowledges all the life events that she experienced while on the set of Hannah Montana, including losing her grandfather, falling in love for the first time and even getting her period in a pair of white denim.

Miley wraps up the letter by thanking Hannah, saying, “Hannah, I hope you hear me and believe those words are true. You have all my love and upmost gratitude. Breathing life into you for those 6 years was an honor. I am indebted not only to you, Hannah, but to any and everyone who believed in me from the beginning. You all have my loyalty and deepest appreciation until the end. With all sincerity I say THANK YOU!”

In addition to the letter, Miley Cyrus (or should we say, Hannah Montana) has been sending bouquet’s of Hannah Montana flowers to friends and guest stars of the show. 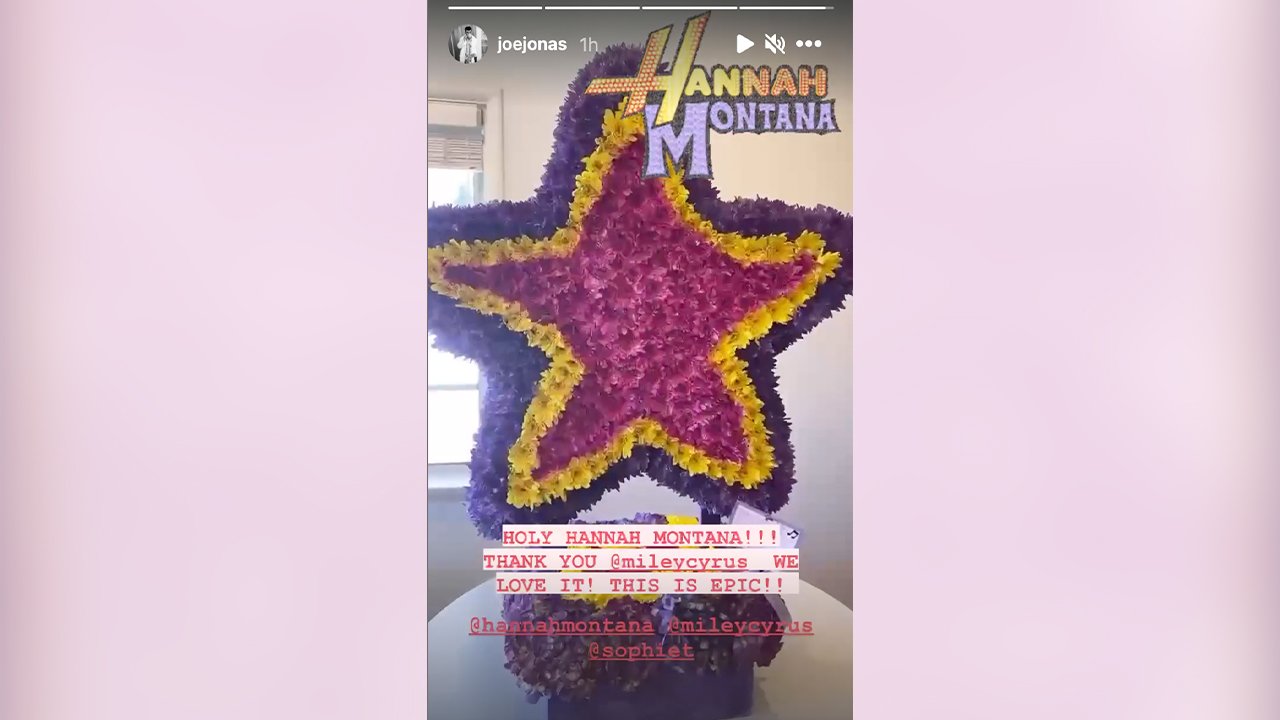 Both Joe Jonas, who guest starred on the show, and Quavo of Migos, who wrote a song titled Hannah Montana, both posted to their Instagram Stories that they received flowers.

Hannah Montana aired its final episode on January 16, 2011, but still remains a pop culture staple for many who grew up during the early 2000s.

The series can still be watched today on Disney+.