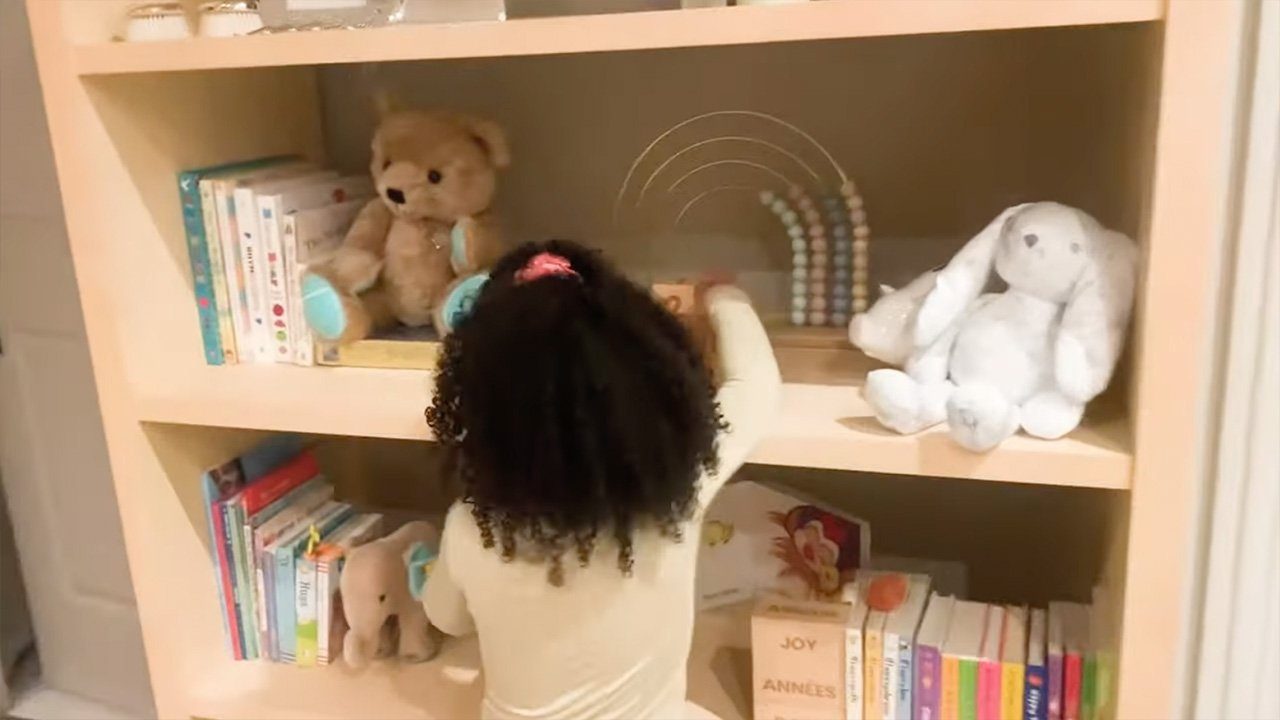 It’s been almost two months since Kylie Jenner and Travis Scott have welcomed their baby boy into the world.

Since then, Kylie Jenner has shared tiny glimpses into their new life with baby number 2.

She recently posted a message to her Instagram story talking about how she has had postpartum struggles and is using working out to get back into the swing of things.

On Monday, Kylie Jenner posted a new video to her YouTube channel, titled, “To Our Son”.

The almost 10-minute video documents the journey through Kylie’s second pregnancy (we now know her pregnancy craving this time around was steak), and features messages from various family members to the baby. Including messages from Kris Jenner, Kendall, Kim, Kourtney, Khloe and even Travis Scott’s mother.

The video features clips from Kylie’s baby shower, Stormi’s recent joint birthday party with Chicago, and a new first glimpse at Wolf’s nursery, which in true Kardashian and Jenner style – is extravagant.

The neutral-color nursery gives off a very fresh, clean vibe.

The room has everything a baby would need – lots of books, a crib, rocking chair, toys, changing table, and – closet full of sneakers?

Oh yes, the closet is FULL of Jordans, Nikes and any other sneaker you could imagine.

And because a regular teddy bear just would never do, we catch a glimpse of a Louis Vuitton teddy bear sitting by on what seems to be some sort of couch, bed or chair.

Despite all the luxury this nursery has to offer, perhaps the best part of the room comes from big sister, Stormi, who can be seen in the video entering the nursery and seemingly straightening things up to prepare for the arrival of her baby brother.

As she straightens up (and takes a moment to check out some of her brother’s toys), she props up what seems to be some homemade artwork, made just for her little brother.

Hours after Kylie posted the video, she took to her Instagram Story to reveal that she and Travis Scott actually changed the baby’s name, which was originally Wolf. She has yet to announce the baby’s new name.

Though we haven’t seen any photos of the baby himself, we can guess that we will be introduced to him at some point during the new Kardashian series which will premiere on Hulu next month.