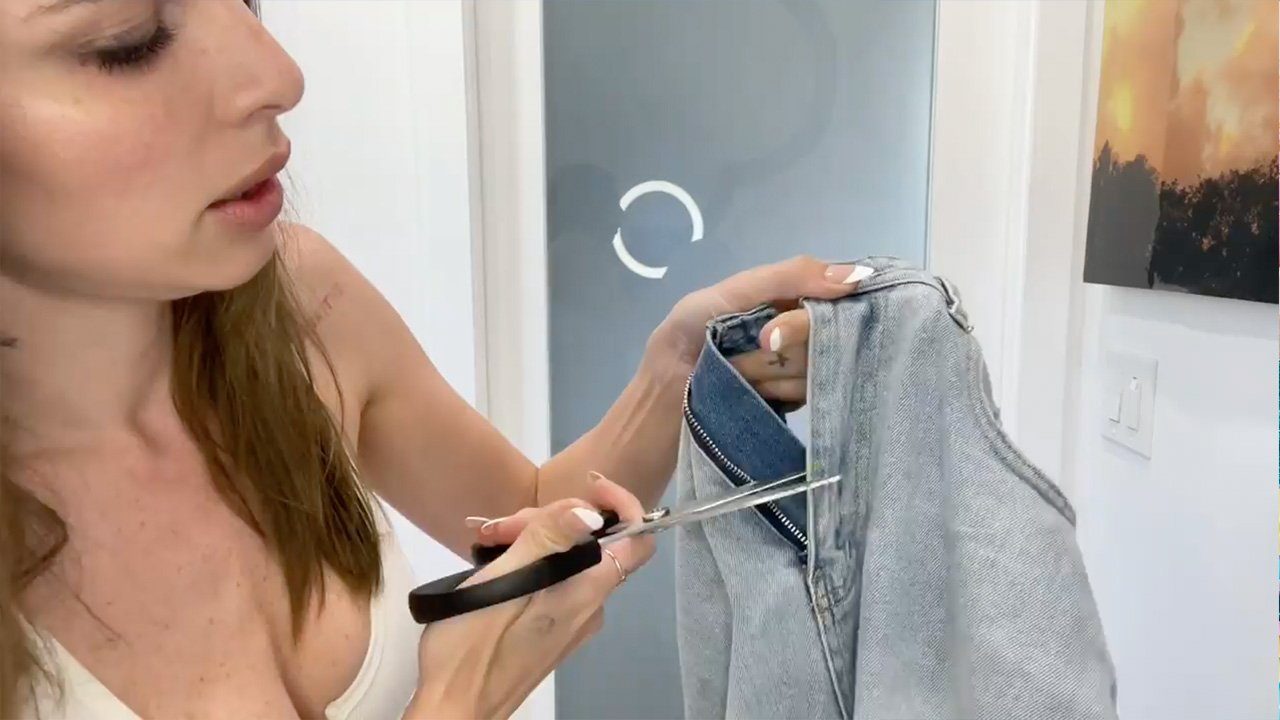 Kanye West’s recent muse and “Uncut Jahmz” actress Julia Fox has turned heads more than once in recent months for her makeup and fashion choices.

If there is anything we’ve learned about her through these looks, she loves denim and low rise pants.

So, naturally, she put those two things together for a recent outfit that she posted to her social media.

As it turns out, aside from being a muse, Julia Fox is a bit of a DIYer.

Fox revealed in the caption to the post that she made this outfit herself by cutting off the top of her jeans, and turning it into a bra top.

You may be asking – how did she do that?

Well, Julia Fox took the liberty of sharing her DIY secrets with the world in an Instagram video.

The Instagram video, which has since racked up almost 600,000 views as of this writing, shows Fox making the low rise pants into a denim set.

“It makes for a really cute set and it’s easy, and honestly, now that latex is kinda played out, denim, you’re all I have left,” Fox says in part in the caption.

This isn’t the first how-to video that Fox has posted to her social media, as she also posted a recent video of her doing her own makeup for an event.

The makeup look was that of her famous (or infamous?) black smokey eye look that dominated headlines, and was even turned into a TikTok filter.

Scrolling through the comments, it seems as though many people have enjoyed these down to earth videos from Fox.

Which leaves us wondering, will there be more?

RELATED: 10 Jeans Everyone Needs In Their Wardrobe