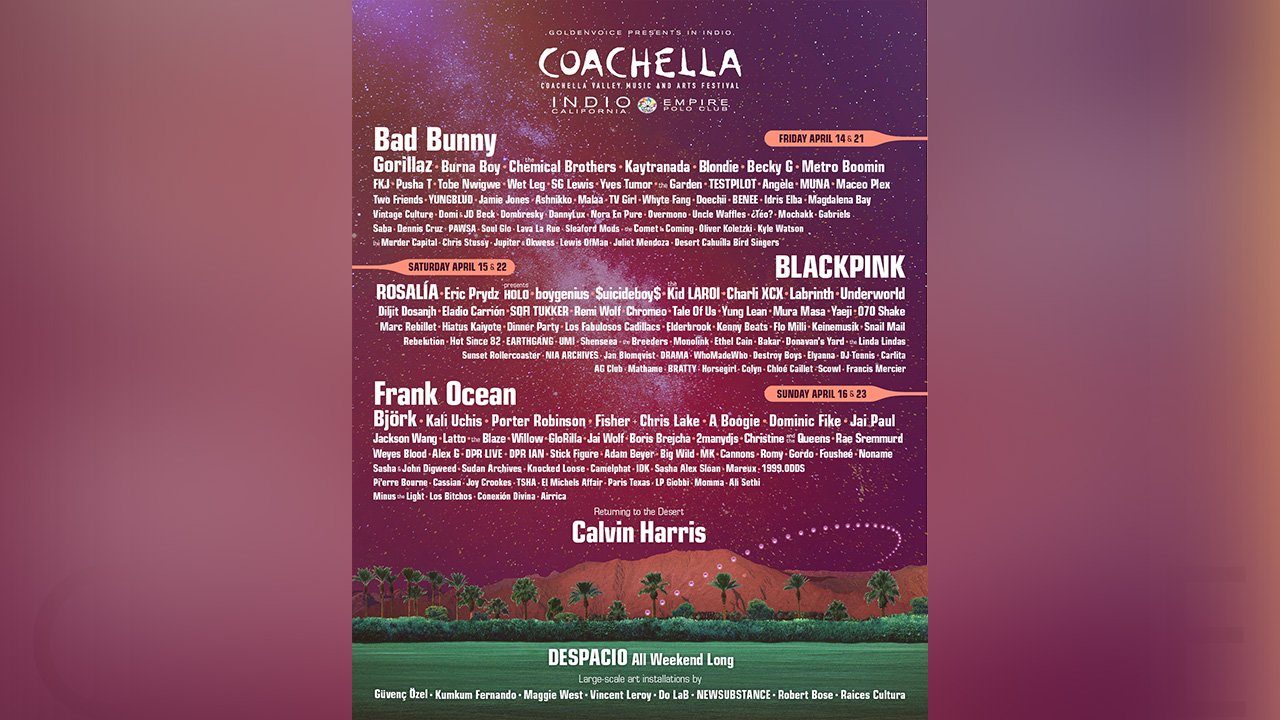 The Coachella 2023 music festival lineup has been revealed!

The massive California music festival will take place this year April 14th to the 16th for weekend 1, and April 21st to the 23rd for weekend 2.

This year’s headliners include Bad Bunny, BlackPink and Frank Ocean. Calvin Harris will also be returning to the desert this year.

For the full lineup, check out the festival poster below.

Ugh was stuck in drafts 🫠

Register now for access to passes at https://t.co/qujCsdlTip. Presale begins Friday, 1/13 at 11am PT. Very limited Weekend 1 passes remain. For your best chance at passes, look to Weekend 2. pic.twitter.com/5zMQ4dJZHq

According to the festival’s website, very limited passes for weekend 1 remain, so those interested in attending the festival should look towards weekend 2.