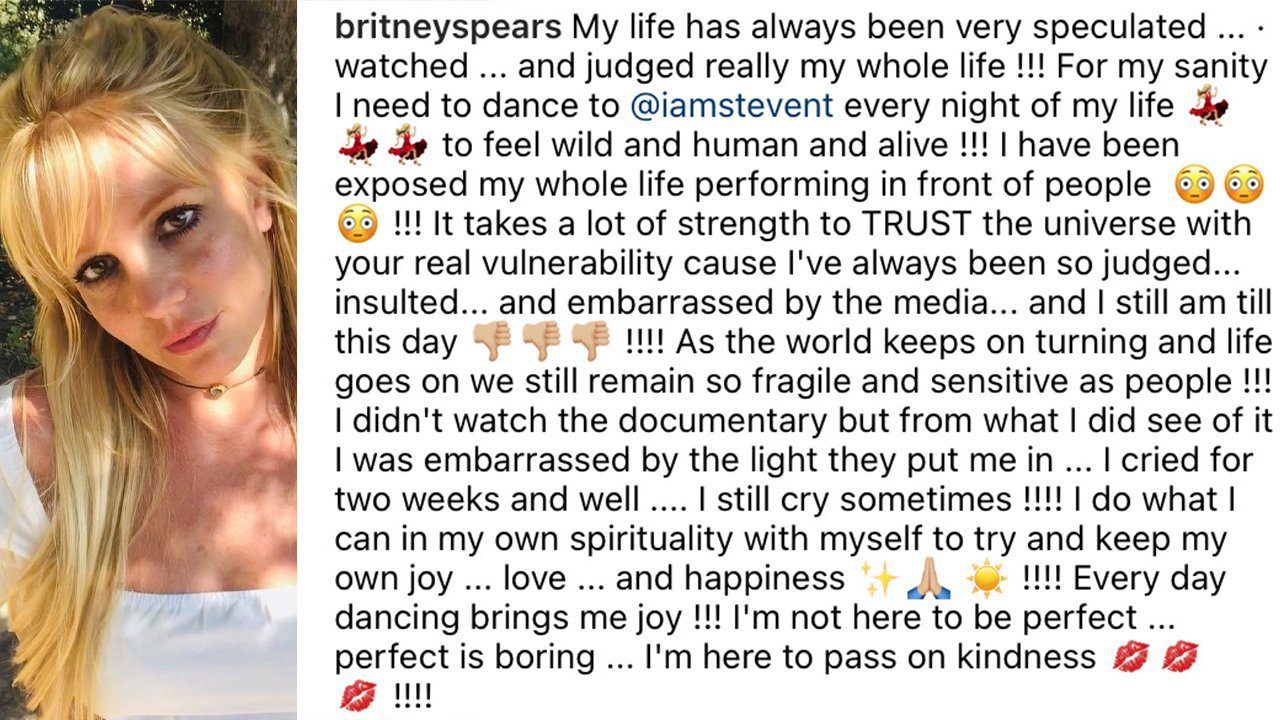 Almost two months following the release of the Framing Britney Spears documentary, the pop star is breaking her silence.

Britney took to Instagram Tuesday evening to post a video of her dancing, which of course to those who follow Britney realize this is a common occurrence. However, it’s the caption to this particular video that stopped fans, followers and others in their tracks.

Fans have been waiting for weeks for Britney to acknowledge the documentary, which focused on the media’s portrayal of the pop star in her younger years, as well as the “Free Britney” movement.

The caption to the post read, in part, “I didn’t watch the documentary but from what I did see of it, I was embarrassed by the light they put me in… I cried for two weeks and well… I still cry sometimes!!!”

Many fans on Instagram, as well as other social platforms, are speculating if the post was actually posted by Britney herself, or someone else involved in her conservatorship.

Of course, we won’t know for sure due to the restraints on communication from the conservatorship.

Additionally, there have been recent rumors that Britney was in talks with Oprah on a tell-all interview following the success of Oprah’s interview with Meghan and Harry.

Britney, nor her team, have commented on these rumors.