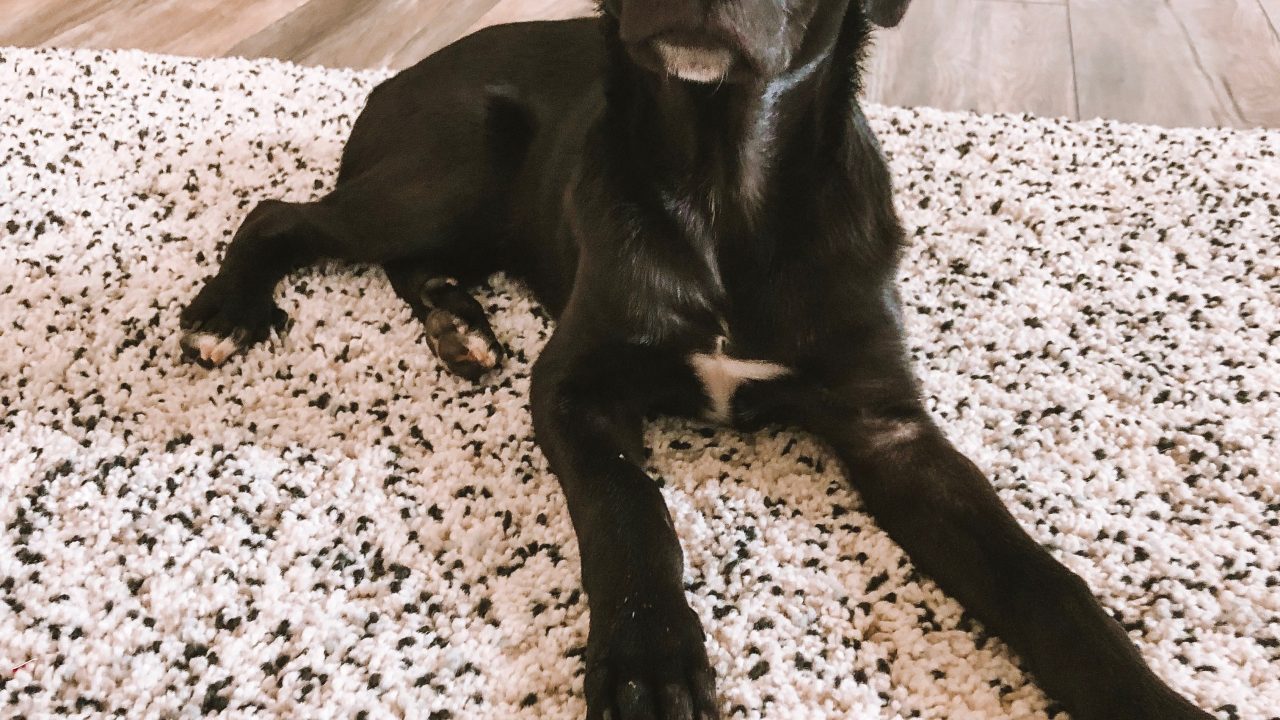 Puppy Love: What I’ve Learned During The First Week After Adopting A Puppy

Today marks one week since adopting our puppy, Rhys! Yes, he is named after the Phillies player Rhys Hoskins. I allowed my husband to name him, and I too am a Phillies fan so I was okay with it!

Rhys came from Fur-Ever Paws Rescue, which is based out of Delaware. He is a Labrador/Border Collie mix and comes from a litter of a number of brothers and sisters who look just like him (they have also been adopted)! He is about three-months-old, so he has a lot of growing to do, but we’re soaking up every second of him being a little pup!

While we are absolutely ADORING have a little four-legged furball running around the house, it is indeed a lot of work, and we’re learning a lot as we go too! We both had pets growing up, and we still go visit them at our families house all the time. However, throughout the past week, we’ve learned what it really means to be a pet owner. Here are just a few of the things we’ve learned, as well as a few things we’re still experiencing:

Sure, I have never had any children to compare this experience too, BUT I imagine a lot of the traits of owning a puppy are similar to those of having a child. Having a puppy means establishing a routine, such as a bed time, so that your puppy doesn’t wake you up in the middle of the night. It also means establishing mealtime, so they know what to expect and when to expect it, which in turn leads to a routine bathroom break. I also find myself following him around to make sure that he doesn’t find himself getting into any trouble (chewing shoes, or eating things he shouldn’t for example).

I can’t even lie, at first I thought something was wrong because of how much he was sleeping and I panicked a little, but the vet said he was absolutely fine! After doing some research, I learned that many puppies sleep 18-20 hours A DAY while many adult dogs sleep around 14-16 hours a day, depending on the breed. According to the articles I read, puppies sleep this much due to how much they are growing, which is kind of like humans! These growth spurts can even come on overnight.

When the puppy is awake, they have TONS of energy

This one isn’t much of a surprise, but I felt like it needed to be said! When the puppy is awake, he has TONS of energy (the zoomies just started within the past two days)! Luckily, we have a backyard for him to let out some energy in. But puppies, especially those who are a larger breed, need to be able to let out that energy!

Puppies are like children in that they need health care

Just like children, puppies need check ups and vaccinations to make sure that they are protected against certain illnesses and diseases. Some diseases can be fatal to a dog, especially a young pup. When adopting our little guy, we were told to not take him to Petsmart, or anywhere where he may come in contact with other dogs until he was vaccinated for distemper and parvovirus among other things. It’s smart to ask whomever you’re adopting from which vaccines your pup has had, because it all depends on the age of the dog and where they came from that will determine which shots they’ve had and which they still need. In addition, it’s smart to get pet insurance for your dog, god forbid something were to ever happen to him or her. Since this is the first pet I’ve owned on my own, I don’t know many pet insurance companies, but the company that we decided to go with is called PetPlan, and it’s under $30 a month!

Whether those things be your underwear, your couch, your shoes, or even your toes as you walk. Puppy teething can be ROUGH, and we’re experiencing that right now! Our pup thinks he can chew anything he sees, the leg of our couch, the bottom of our coffee table, our fingers, our toes, our laundry basket — just about anything. The best thing to do in this situation is to make sure he or she has TONS of chew toys and teething toys that they can chew on and entertain themselves with. Whenever our pup begins to chew on something we shove a toy in between him and whatever it is he is chewing to lure him away from it.

Training will need to be done

Luckily, our pup came potty trained from his foster, when we got him home he knew right away to go to the back door if he needed to go out, which let me tell you, was a blessing! We’ve also nailed down the “sit” command! We’re still working on a few things, such as chewing and not playing rough, but like all things, it takes time! We’re currently crate training our little guy and it’s working out quite well for us. When he is bad or does something he shouldn’t be doing, we put him in timeout in his crate for a few minutes (vet recommended) and he comes out and behaves (at least for the time being)! He’s even gotten into the habit of walking into his crate if he gets tired, and will sleep in there there for the entire night!

To have a puppy, you must have patience — just like having children! It takes time for them to learn what is right and what is wrong, and to get adjusted to your routine and schedule. But if we’re all being honest, having a furry friend to come home to after a long day is a very great feeling!