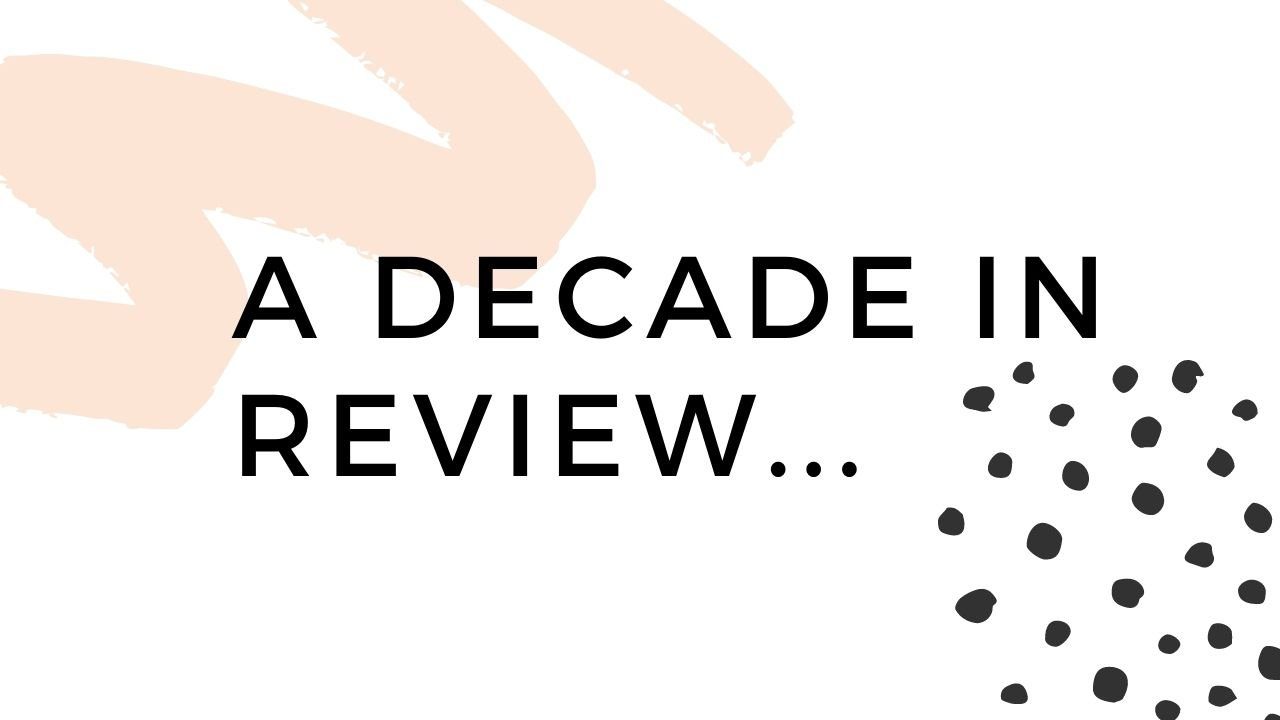 A decade in review… 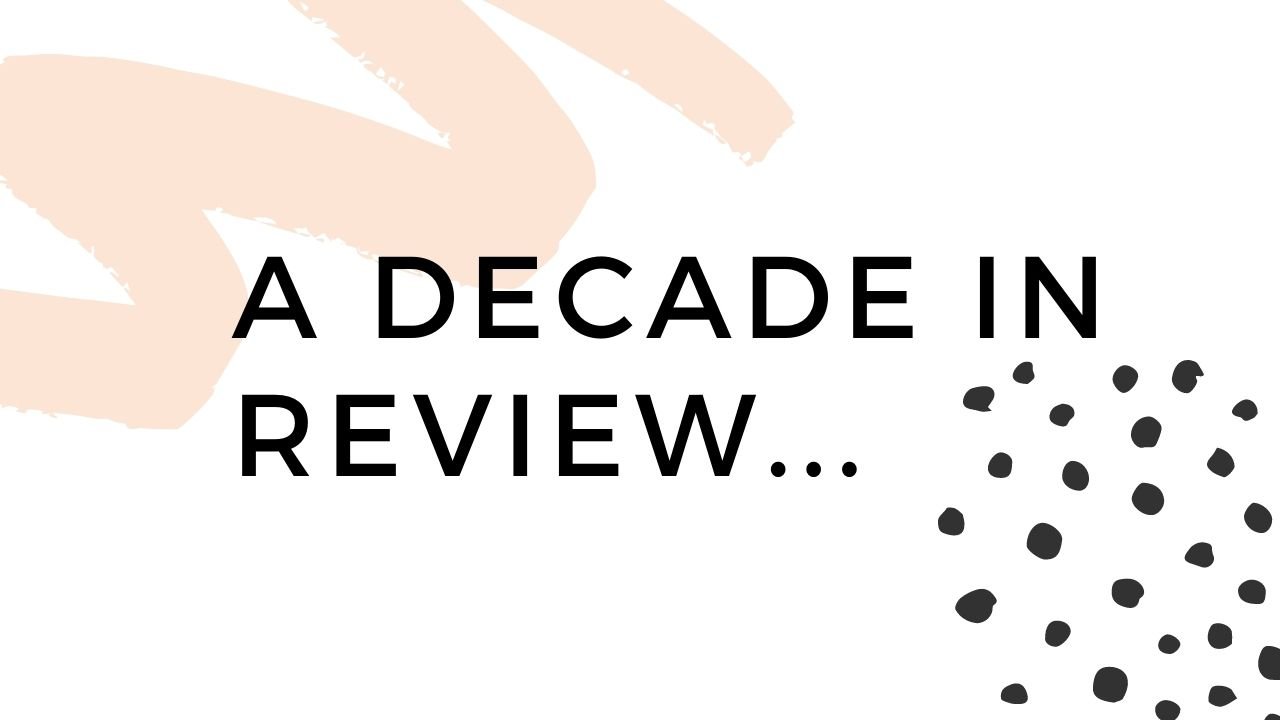 I truly can’t believe that we’re about to enter 2020. That means this decade is OVER. Which is absolutely insane to me!

While many people will say “good riddance” to this decade, I gotta admit that the past 10 years have had its ups and downs, but overall it has been very good to me.

2010 is the year that I began working. I was 16-years-old at the time, and I was only making $5 an hour. Which looking back at it now is absolutely crazy. However, I have to admit, it definitely taught me the value of a dollar and taught me how to save my money.

2012 is the year that I graduated high school… yes, HIGH SCHOOL. This seems like eons ago, but it was just 8 years ago! I feel like I don’t need to go into detail much about this, but to sound totally cliche, I learned a lot in high school, especially about life and myself.

2014 I began dating my now husband. We knew each other before we started dating, and if you ask him, he’ll tell you I stood him up before we began dating, but I beg to differ. It was nice to begin dating someone who ultimately became my best friend, and it’s funny looking back at it now, who would have thought we’d end up being where we are now. 2014 is also the year that I received my Associates Degree and began working on my Bachelors Degree in Radio/Television/Film at Rowan University.

2015 is the year that I bought my own car, which may sound small but it was my first big purchase for myself and was bought (mostly) from money that I saved up from my job where I received $5 an hour. I say mostly because I began working a different job in the middle of 2014.

2016 was a big year for me. It was the year I received my Bachelors Degree in Radio/TV/Film. College was great for me. I worked on a ton of projects that I never would have imagined being able to work on, and some of my projects were even nominated to be featured in different showcases, which was such a cool experience. In addition, 2016 was the year that I began my career, working for a company that I could only have dreamt of working for. I consider myself insanely lucky to have started my career just a week after graduating college and being just 21-years-old. But I don’t want to say it was sheer luck that landed me there, because I did work crazy hard throughout college, both in school and in my spare time.

2017 was the year that I got engaged! Like I said, in 2014 neither of us knew what the future would bring for either of us, but how grateful we are to have found each other.

2018 was full of wedding planning and house buying! We bought our first home in 2018, which was clearly the biggest purchase either of us have ever made. Owning a home has taught us so much about responsibility and budgeting, and we wouldn’t trade it for the world. In addition, 2018 was the year that I decided to actually take blogging seriously. I had previously had my own little corner of the internet that I would post on, but having all this creativity built up inside me, I decided that I wanted to actually pursue blogging and see what opportunities I could make for myself.

Lastly, 2019 was the year that we got married! Our wedding was absolutely beautiful and the whole experience leading up to the wedding was amazing. Following our wedding, we honeymooned in Aruba and then adopted our first born, Rhys (pronounced Rhys, named after Rhys Hoskins the baseball player, obviously named by my husband).

It has been an absolute treat to grow our little family and experience all these different parts of life together. I am so grateful to be heading into the new year and decade in such a great point in my life.

I always hear people say that “2020 is going to be their year” but they say this year and after year. I feel as though many people say this, but then sit back and wait for things to just happen. I’ve never believed in this approach towards life. I am the type of person that itches to make things happen for myself.

With that being said, I am holding myself to this when I say that 2020 will be the year that I improve my creativity, my work, my home and myself.

And with that, I will leave you with the photo of our baby Rhys! 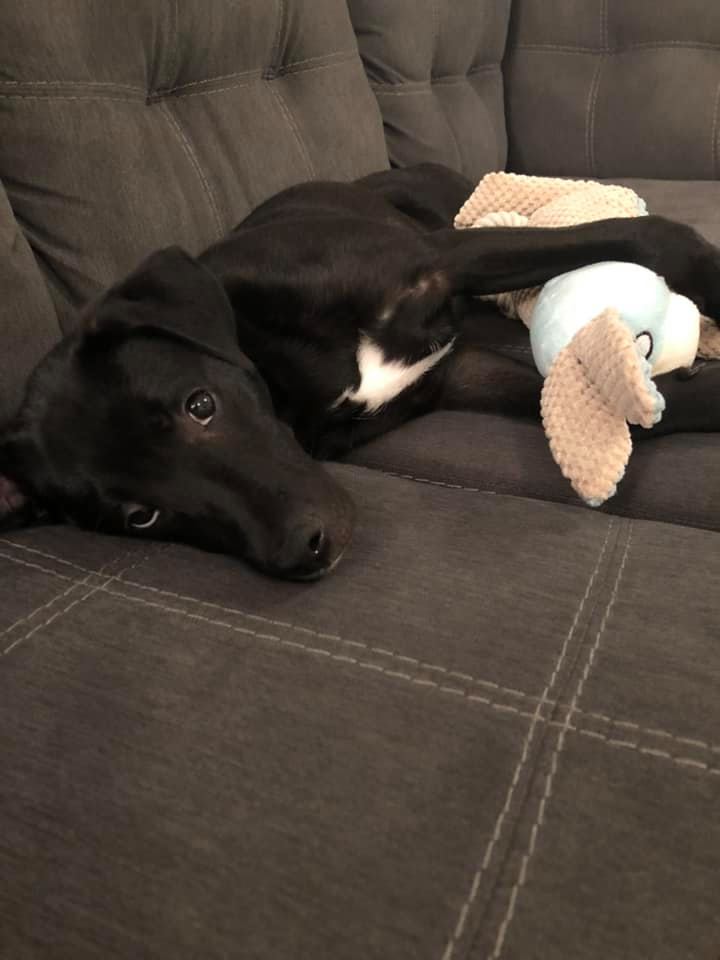 RELATED: Wedding Day Is In The Books